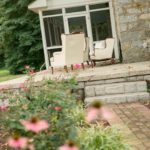 In 1649, Francis Armstrong, a Quaker fleeing religious persecution, emigrated to the British colony of Maryland where he acquired a number of land grants from the Second Baron of Baltimore, Cecil Calvert.  One was a 600-acre tract known as “London Derry” that later became the home of his son, Phileman, and his wife, Mary. They sold three acres of the land to Talbot County upon which the first courthouse was built in 1712. In 1792, a new, larger courthouse was built in what is now downtown Easton to accommodate the needs of a growing community that was then known as the “East Capital of Maryland.”

The property changed hands over the next 100 years and was eventually owned by a U.S. Navy surgeon who commissioned the construction of Magnolia Manor in 1861. Construction was delayed due to the Civil War and was completed in 1865.

The building is one of one of only a few residentially commissioned asymmetrical villa-style houses designed by Richard Upjohn, the British-born American architect associated with the Gothic Revival movement in the United States in the 1880s. Upjohn, a founding member of the American Institute of Architects (AIA), also designed Trinity Church and the Church of the Ascension in New York City. Locally, he designed the Christ Church Rectory and the Trippe-Beale House in Easton and the Dorchester County Courthouse in Cambridge.

The house boasts an open floor plan, designed for entertaining and comfortable country living on the Tred Avon River. The chandelier came from Paris and the fireplace was found in Italy. The natural stone facade of Port Deposit granite provided a backdrop for manicured gardens and grounds. Porches served as mediating spaces between the world of nature outside and the domestic comforts enjoyed within the house. 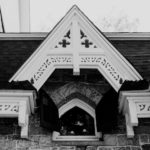 Beverley Beebe purchased the Manor House in 1906 and hosted his daughter’s wedding at the property. Guests arrived in special railroad cars from New York to celebrate the nuptials.

In the 1960’s the estate was severely damaged by fire. The wings of the house still display the building’s elaborate detail, but the original mansard roof and elegant front porch were replaced by less distinctive examples.

Over the past fifty years, Magnolia Manor has undergone several renovations and the property has been modernized to make it a comfortable and well-appointed special event venue.

For more than 150 years, Magnolia Manor has been the setting for important celebrations and milestones. We invite you to become part of our history. 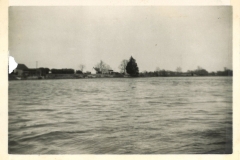 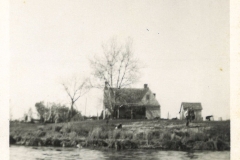 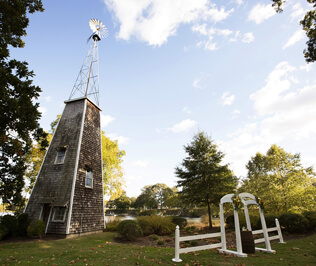